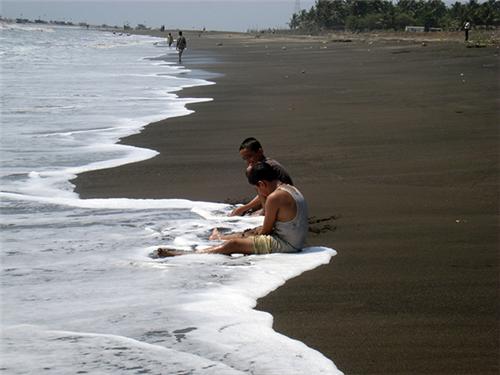 Virar which is a part of Mumbai city in Maharashtra is located in the district Thane. This region of Vasai-Virar is popularly known as Vasai Taluka and lies between East 72.480 to 72.540 Latitudes and North 19.240 to 19.280 Longitudes. On the eastern side of Vasai Taluka lie Bhiwandi and Wada Talukas while western part is the home for Arabian sea. Vasai is separated from Palghar Taluka by the Vaitarna River on the north. At the south, Vasai Creek separates it from the Thane mainland.

Vasai Taluka has two sea ports which are quite small in size. One of the ports is located at Arnala in the North and the other is situated on the South. In the past, Vasai - Virar region used to be a small island port which consisted of the regions of Agashi, Bolinj, Umrale, Sopara, Juchandra etc.

Vasai creek was connected to the Ulhas River which made it possible to create a communication network between Agashi and Thane through water way. As per the findings of the Archaeologists, Sopara once used to be an important sea port of the Western India. It has also been found that during Ashoka period trade flourished from Sopara to Cyelon.

For more than several decades, the river deposits accumulating at the Vasai Creek and made due to the eroding Sahayadri has made the land highly fertile. Fishing industry was however hampered by this but this made the Vasai - Virar region an agricultural region with very fertile land mass.

The north south traversing western railway divides the Vasai - Virar region is divided into two parts. Western part is composed of the agriculture ready land and the eastern region is made up of a hilly region with forest region in some parts. Those people who stay in the western side take agriculture and fishing as their profession. Some of these people commute between city and their area for their work. Many new settlers can be found on the eastern sides that commute to the city for making their livelihood.

Vasai - Virar region has a tropical wet and dry climate. The moderate climate of the region brings it high rainfalls with a few days of extreme temperatures. About 80 per cent of the total rainfall experienced by the area occurs during the months of June to October. Total annual rainfall averages between 2,000 – 2,500 mm i.e. 79 to 98 inches. Around 61 to 86 per cent humidity is experienced during rains which makes Vasai – Virar region a humid – prehumid zone. Winters in the region are dry while the wettest days are during July.

Virar residents can be found speaking two to three different dialects of Marathi language while
Hindi and English are common to all.