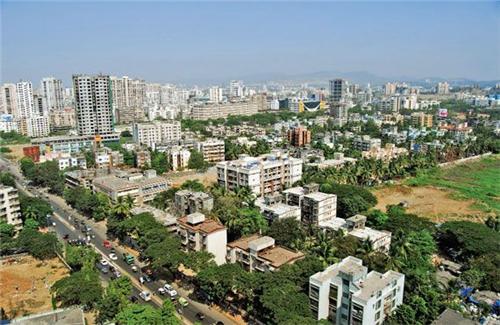 Virar city which is a part of Mumbai metropolitan region is located in the state of Maharashtra, India. It comes under the jurisdiction of the Vasai – Virar Municipal Corporation in district Thane in the Maharashtra state. This is the fifth largest city in Maharashtra and is located at a distance of around 50 km to the North of Mumbai. It is a suburb station of Western Railway route located at the extreme end of the northern side of Mumbai city. The two major government bodies of Vasai – Virar town are Vasai – Virar Municipal Corporation (VVMC) and Grampanchayat.

Virar is situated on the northern bank of Vasai stream which is a part of the estuary of Ulhas River. The Vasai – Virar region is an agglomeration of several towns which are separate from each other. Virar is also considered as a picnic spot where people come to enjoy the greenery around it. The city is located at the extreme Northern end of Mumbai.

As it is one of the major picnic spots of Mumbai, so it mainly remains crowded with plenty of tourists visiting the city. Another reason for its huge popularity amongst the tourists is that it is the only station which isolates Mumbai from other locations such as Vaitarna, Safala and Vapi of Gujarat etc.

Arnala beach in Virar is one of the most popular beaches visited frequently by the tourists. This beach is considered as one of the best tourist locations to get your body and mind relaxed from the stress of the daily routine in a city like Mumbai. Real Estate is a boom in Virar due to some big construction players such as Rustomjee and HDIL who have entered in the construction business in the city. The region will see huge development work in the upcoming years.

Vasai – Virar region is known as Vasai Taluka and is a part of district Thane in the state of Maharashtra. Virar got its name from the name of an Indian philosopher Jeevan Virar. However some argue that the name is actually on the Goddess Eka Viraa. It is described in the Puranas and local legends that there is a huge temple of Eka – Vira located on the banks of the Vaitarna River lying at the foot hills of the Tunga Parvat where people used to conclude their “Shurpaaraka Yatra”. This temple is now completely broken due to continuous raids from Mohmedeans and Portugese in the last 400 years.

A huge tank is also located in Virar which is dedicated to Eka Veera Devi and is called “Viraar Tirtha” or “Eka Viraa Tirtha”. There is a carved stone about three feet long and nine inches broad lying on the west banks of the Viraar Tirtha. There is a group of female figures of the Yoginis of Ekaveera Devi lying below the carved stone.

Virar is extremely popular for its beaches like Arnala beach, Rajori and the old times monument Jivdani Temple. This temple is located on the mountains and can be visited only during night hours. Jivdani Devi is the Goddess who bless our life. The mountain adjacent to the one on which Jivdani temple is located is famous for paragliding where professionals enjoy sky ride.

Another popular location is the Talav located just near the station and famous amongst the locales as Nagarpalika Garden. This garden inhabits beautiful birds which are the main attraction for visitors. People also come to Talav for enjoying boating. Papadkhadi dam is a major source for fresh water for the citizens of Virar but is now not sufficient for them due to the growing population of the city.

Virar has two major locations for Jain community, which are well known to the locales as Jain Agashi Temple and Mahavir Dham temple. You can also visit the Great Escape Water Park for fun and enjoyment. There are the Vajreshwari temple and Ganeshpuri temple which are famous for their natural hot water springs and historical value.

Agashi which is located in Virar West is originally the village of the artisans. Back in the history this place was found as an ideal hamlet for their ship building. Artisans from various trades started settling in this place which was later referred to as Agasi. There trades flourished for more than two hundred years as the Portuguese ruled supreme in the north western coasts of India.

After Portuguese left Vasai and Marathas took over the region there was almost no means of livelihood for the artisans. Some of them took over farming as their occupation while others migrated to Mumbai and Goa.  In the past, Agashi was popular for its craftsmanship which is famous even today. Later the artisans took carpentry and construction as their trades. Presently, the artisans have moved with times and Agashi is popular for industrial die-makers which cater not only the industries located in the region but all over India.

Agashi is a beautiful town in Virar with small country houses which are located on the main road. St James Church is a popular attraction of the place while the Mahadev temple with a well maintained pond is the religious base for pilgrims.

Arnala which comes in the Virar West region is one of the major fishing territories. It has its historic relevance as the place was once used by the Portuguese as their watch tower to keep watch over the Vasai province. This place is quite famous for its beach and the island fort. Arnala beach is populated with the suru trees and is separated from the fishing village. This beach is an ideal picnic spot with a number of resorts catering to picnickers such as the Anand Resorts. The island fort can be reached by traversing through the Koliwada and using the shuttle trawler for crossing the channel.

Kalamb can be best described as a nascent beach picnic spot which however cannot be reached easily. This is what has kept this place out of the reach of the general crowd. Kalamb today stands as a source for fresh agriculture produce such as vegetables and flowers. Residents in this region are mostly involved in fishing, farming and horticulture. Roads at Kalamb are great for enjoying long drives. Lifestyle of people at this region is quite simple yet enchanting. Facilities like transport, food and boarding are not easily available here until you have already booked a resort.

Shivansai is a silent hamlet lying on the banks of Tansa. You can get to the place as you pass through your way to Vajreshwari. The only attraction of the place is the dam located nearby. Shivansai remains crowded with the foreigners who frequently visit the Nityanand Ashram at Ganeshpuri. Visitors can also move to the Ishwarpuri Chandip Asham through a small path at Shivansai.